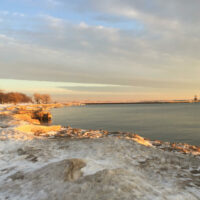 “I delight in the law of God in my inmost self, but I see in my members another law at war with the law of my mind, making me captive to the law of sin that dwells in my members. Wretched man that I am!”
– Paul in Romans 7: 22-24

“Although [one] has awakened to the fact that her original nature is no different from that of the Buddhas, the beginningless habit-energies are extremely difficult to remove suddenly and so she must continue to cultivate while relying on this awakening.”
– Chinul (1158-1210), from Secrets on Cultivating the Mind

I’ve been reflecting on the gap between how we imagine ourselves and how we actually show up in the world. Am I the only one who experiences a gap there? I do not think so. I do know that I just polished off a wedge of cheddar not more than 2 hours after making a resolve to make this a dairy free day. And though that is hardly a major transgression, it is indicative of my general state of being. I seem to consistently fail to live up to my intentions.

Paul of Tarsus paints a bleak black and white picture of good versus bad fighting itself out in our body-mind when he says “for I do not do the good I want, but the evil I do not want is what I do.” He expresses his extreme frustration with his situation, calling himself a “wretched man” before invoking the name of God. Paul had a blinding moment of realization so powerful it led him to change from a tormentor of Jesus’ followers to one of his most zealous advocates, yet he knew for himself that he had not yet reached the spiritual maturity he felt was within his grasp.

In the Buddhist tradition, there is awareness of what may be a similar split between what one knows to be true and how one is living in the world. Chinul, the founder of the Korean Zen Buddhist tradition, seems to offer a slightly different perspective on this experience. In his essay, Secrets on Cultivating the Mind, he distinguishes between what we know to be true from our peak experiences, our very best moments of spiritual awareness, and how we are living day-to-day. He paints the problem in friendlier language, referring to its cause as “the beginningless habit-energies” that keep surfacing even though we may have had an initial awakening. Chinul suggests a path to fuller integration, namely continued spiritual practice saying that “through this gradual permeation [due to spiritual practice], her endeavors reach completion, …and after a long time she becomes a saint.”

If it is difficult to live with this gap between ideal and real life within ourselves I think it is sometimes even more difficult to live with this dynamic as it appears in society. For those of us who espouse democratic ideals such as human rights and equality before the law, it is indeed difficult to be with the lived reality of life in 2021. We know from experience what life can be like. We know what it is to love our neighbor as our self. But the actual enactment of these ideals in daily life all to often falls far short of the ideal.

I want to invite you to think about and share your experience with living in this gap. Is this something you relate to? And if so, how are you personally navigating the gap between ideal and real life?  I want to suggest that we should continue the good work of spiritual practice but I also want to suggest that we go easy on ourselves. It isn’t easy to live in a body-mind that is in conflict with itself. It isn’t easy to live in a world that is so deeply broken.

View all posts by Bill Epperly →